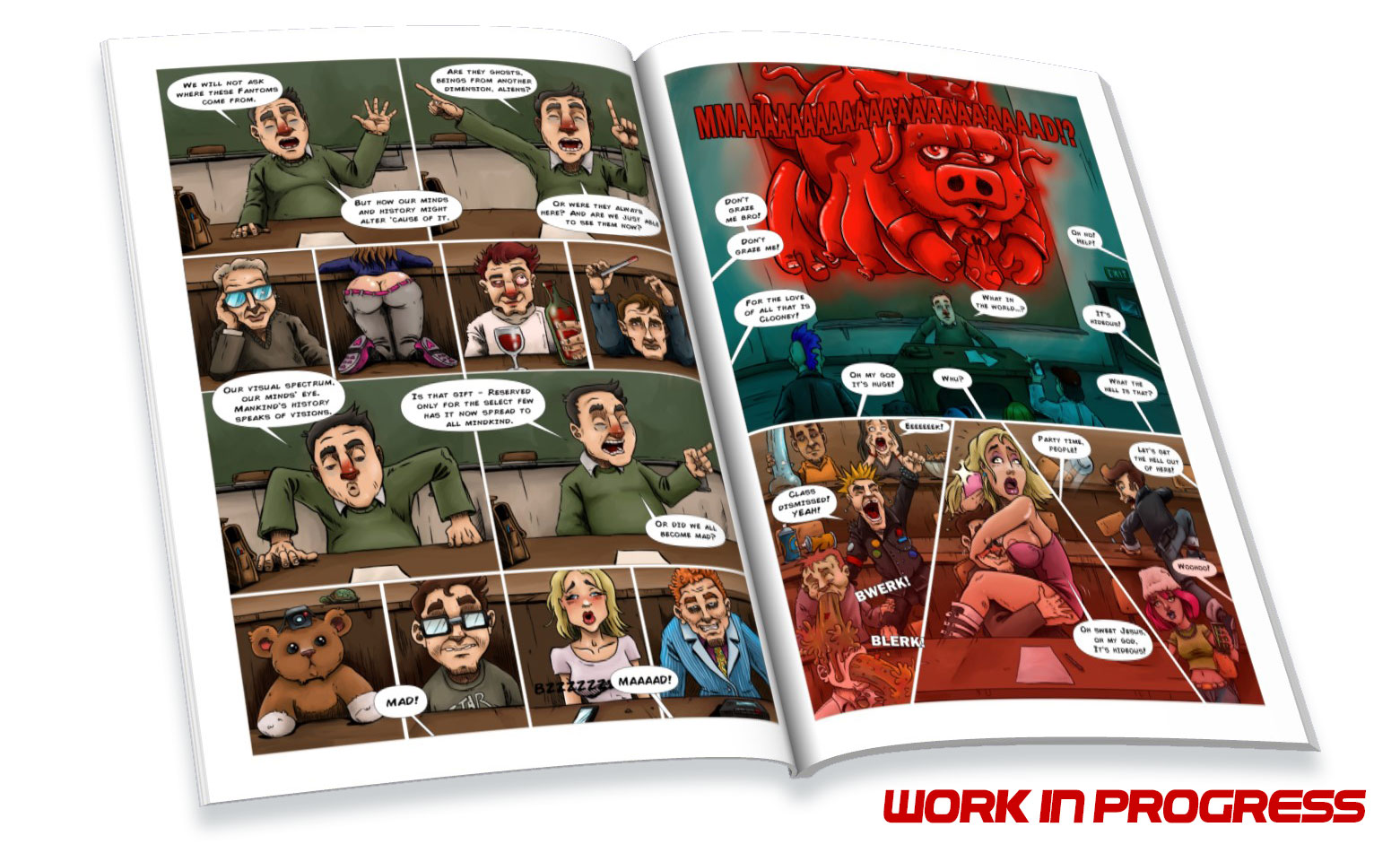 CRIMSON SKIES is an upcoming 72-page comic book (62 pages story) which features Harry Meretzky – a typical eighties nerd who is attending college. Unfortunately for him he gets struck with a piece of meteor which lands him in a coma. When he wakes up he finds the world changed as strange ghostlike entities cause chaos in the streets. Life continues, and college awaits. Until a naked lady in red appears out of nothing urging Harry to take action.

Crimson Skies currently is planned to be a 16-part series (or less if I can weed it down a bit) of which this is the first issue. Crimson Skies harkens back to eighties sex comedies and spoofs and is part Leisure Suit Larry, Revenge of the Nerds and Ghostbusters in a Mad Magazine vibe. There’s boobs, there’s action, there’s comedy, intrigue and ass.
And hopefully a whole lot of fun in between.

The first issue has two A4 pages worth of room besides the centerfold. There’s therefore enough room to put some other creators in the picture at a low cost. This equates to: 2x A4 ads, 4 xA5 ads, 8 A6 ads and anything in between as possibilities. The end product will be sold on my website via a print-on-demand printer (CloudPrinter.com) which can dropship worldwide.

Currently still available:
ALL SPOTS ARE FILLED FOR ISSUE 01
FEEL FREE TO SIGN UP FOR LATER ISSUES
(please do not pay in advance though)