Designed with a Mac

Since I started working with pc’s people have been very adament about the superiority of the Mac to the PC. During my days at the Artschool I first came in contact with the Mac, back then it was still the very old Macintosh machines that had Photoshop installed. At home I had my nifty 386 with 40mb HD and Coreldraw. The sentiment of the graphic sector I slowly grew into was clear: only people working on a Mac are real.

I mostly work with PC and before Windows 7 I was like every other pc-user: sick and tired of blue-screens, virii and other crap. People would again refer to the Mac as the saviour, praising it’s workflow and all the other stuff you’re likely to hear in the Mac-lovers youtube video.

During my course I was able to work with one of the newer Mac’s and am currently working on a Macbook Pro and suffice to say: I am not impressed.

Here’s my list of things I dislike about the Mac, and please bare in mind that these are all strengthened by the fanboy comments on how great this thing is supposed to be. We all shit on the pc and Microsoft so yeah, we’ve always known that but praising something that is clearly flawed… No Ma’am.

Nothing is perfect so here are a few things I do like.

So there you have it. I’m no fan of Mac, nor Apple. I use their products cause I have to and there’s where our relationship ends. Every program and OS has their problems but they either are quite impossible for quite honest about their difficulty (Linux), just what people know they’ll get (Windows) or quite modest (all the rest).

Why I’m telling you this? Cause I can. I could very well make a picture of the food I’m eating and put a nice filter on it or write 150 characters to get some attention. But to all companies who insist that people must use a Mac to be a decent graphic designer: A big dick doesn’t necessarily make you a good fuck either. And to all people who swear with a Mac: Sticking with your highschool girlfriend is great but there’s something to be said about experience.

PS That voice over stuff I can’t seem to turn off (even though it’s all muted and shut off in the options I have found) is pretty annoying as well. 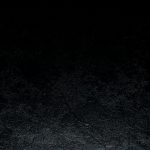