Comics initially were the reason I got into drawing and illustration. I wanted to go to art school in order to make my passion of drawing into something concrete so I could draw comics. Later in life however I saw there would be more opportunity in animation so things diverted a bit. Comics were put on the sideline for movies and animations.

Today however I find myself back to my roots and with enough ideas and vigor to at least attempt to create some comics. The comic book I wrote back in the day is lost unfortunately (unless I find it on some of the floppy disks I still have) but there’s plenty of ideas to create something from.

Here are a couple of ‘m:

In a world where joy is a memory, where the laughter of children is a foreign sound, where the musical notes fail to bring joy and pollution and sorrow fill the air. Two brave people venture to the stars in an attempt to bring back hope to humanity, to vanquish sadness and fear. The conquest of happiness.

Conquest of Happiness is a one-shot 32-page black and white science fiction comic.

Harry Meretzky is a nerd who just started his college adventure until on one faithful night he gets hit in the head with a shard from a meteor that changes the world. Strange ghostlike creatures appear and turn an already chaotic world even deeper into chaos. But life goes on, and college awaits! Together with his imaginary (?) bombshell friend (?) they discover a new, dangerous world.

A comedic comic book series reminiscent of Ghostbusters, Revenge of the Nerds, Porky’s, the Troma movies, Mad Magazine and other 80’s gems.

A group of people gets mysteriously lost in the Belgian Ardennes and attempt to escape the forest to get back to safety. Our group must battle the hardships of nature, unimaginable foes and their own sanity. Who will get out alive, what is happening and why did it happen to them?

The Bulge will be a 13-volume mystery horror comic book.

A man and his family dies in a carcrash. In an unnamed world he is offered a deal: find and capture entities and he can reunite with his family. The catch: his soul must possess the bodies of others in order to exorcise the entities living in the real world. The problem: can this deal be trusted, who is he exorcising and what effect will he make on the person he possesses.

Possessor is an action comic with religious and paranormal elements reminiscent of Brimstone, Quantum Leap and Nowhere Man & The Prisoner.

Meet Snugglepuf Finkletwink, a tiny gnome like creatures who on one sunny day has the experience of his life. Brave and determined he sets course to the human world in order to experience more of what he saw that day. It’s not easy however for a man of his stature to enter the human world, especially not if you wish to fondle the majestic breasts and bodies of their females.

Snugglepuf Finkletwink is a parody of many fantasy stories featuring plenty of nudity and gags mocking Harry Potter, The Dark Crystal and others. 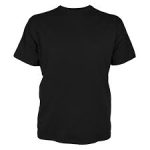