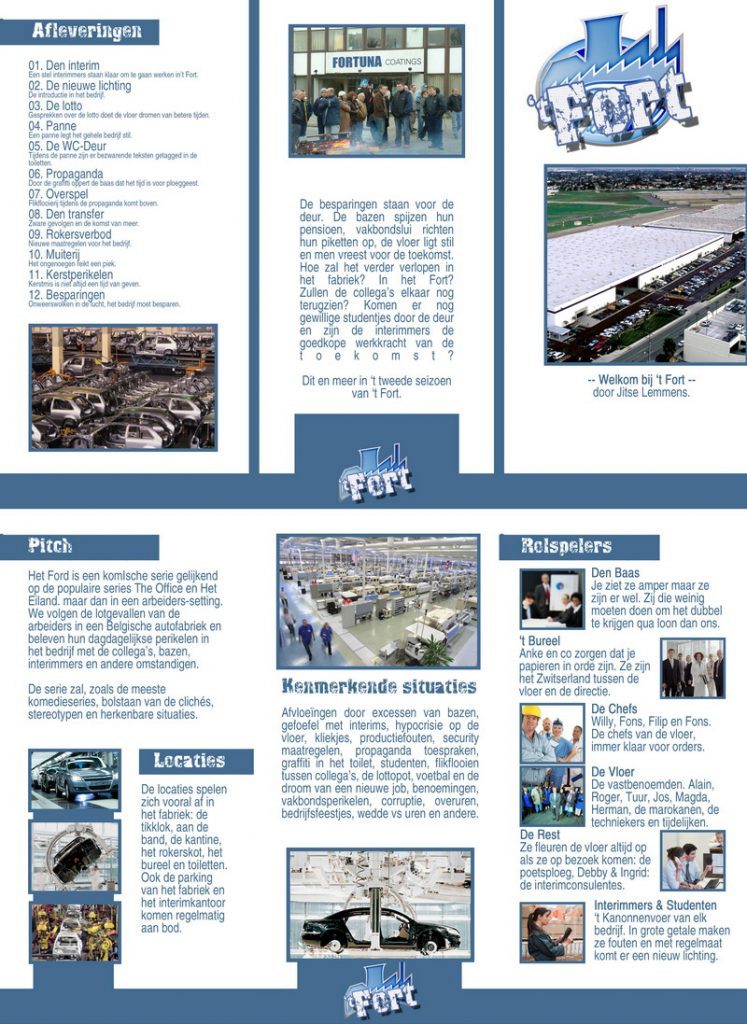 The Fort is a comedy-series based largely on the hit-series “the Office” and it’s Flemish counterpart “het eiland”. The premise is the same except for the setting. The Fort is located in a large automobile factory and will show te comedic -yet real- side of factory-life. It has several cliché characters such as the boss, the chief, the interns, the anciéns and others.

The series will mostly consist of jokes based on clichés, stereotypes and recognizable situations

During season 1 we’ll follow the course of an intern into the work environment, through the daily life and ending with the possible shut-down of the factory due to budget-cuts.

Season 2 will continue on this path by introducing the reason behind these budget-cuts: upper management financial misconduct.

Locations usually are in the factory, at the clock, on the constructionline, the kantina, the smokers-area, the desk, the toilets etc. The parking lot, internoffices and some other minor locations also pop up now and then. 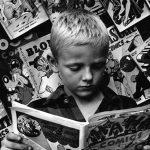