The Bokkereyders is an as of yet undefined boardgame where you play as one of the Bokkereyders or the Inquisition hunting them. The goal of the game is either to gain as much money as possible and escape from the clutches of the Spanish oppressors or the capture and convict the band of villains and trial them.

The game will be based on the history and legend of the Bokkerijders and will feature elements from worker-placement, traitor and some other games.

Finally we have De Bokkerijders, a two-player game that’s pretty much an elaborate mix between worker-placement and checkers. In the 18th century the area I was born was plagued by a gang of robbers called “The Buckriders”. They were named as such cause it was rumored that they sold their souls to the devil and rode bucks across the sky in order to steal from the rich and the corrupt church. Then still under Spanish rule and amidst the period of the inquisition many suspected members were tortured and killed to try to stop the robbers. History keeps the almost legend that the Buckriders were either Robin Hoods or merely Brigands, it’s very likely it was both since several groups of robbers were active over several time periods and places.

In the game you will play either as the Serf (civilian class, amongst them Buckriders) and Ruling class. Both players will walk across the board using the locations to gain benefits. Certain locations are specific for each players and the player can decide how to react in that location. A ruling player will actively have to hunt the Serf player and bring them to justice for the deeds they have done… Unless you arrested only Citizens and thus torture and condemn innocent people. The serf player will try to avoid the ruling player merely dealing a blow to their ego’s as much as they can which will be much to the amusement of the already overtaxed population.

Players not only chase these benefits to fill their coffers but also to change the will of the people. Get the people on your side and you will go into history as the good guys, have the people against you and you will be condemned as Satan worshipping criminals for the rest of time.

I made a slight mistake ordering this by buying 36 16mm discs instead of 25mm discs but that isn’t a big deal. My idea for the hidden treasure chest (which can be robbed) can be re-evaluated later as The GameCrafter ofcourse doesn’t give me custom-made prints (yet). The small treasure chest is fun but doesn’t really fit the rest of the game as it is. 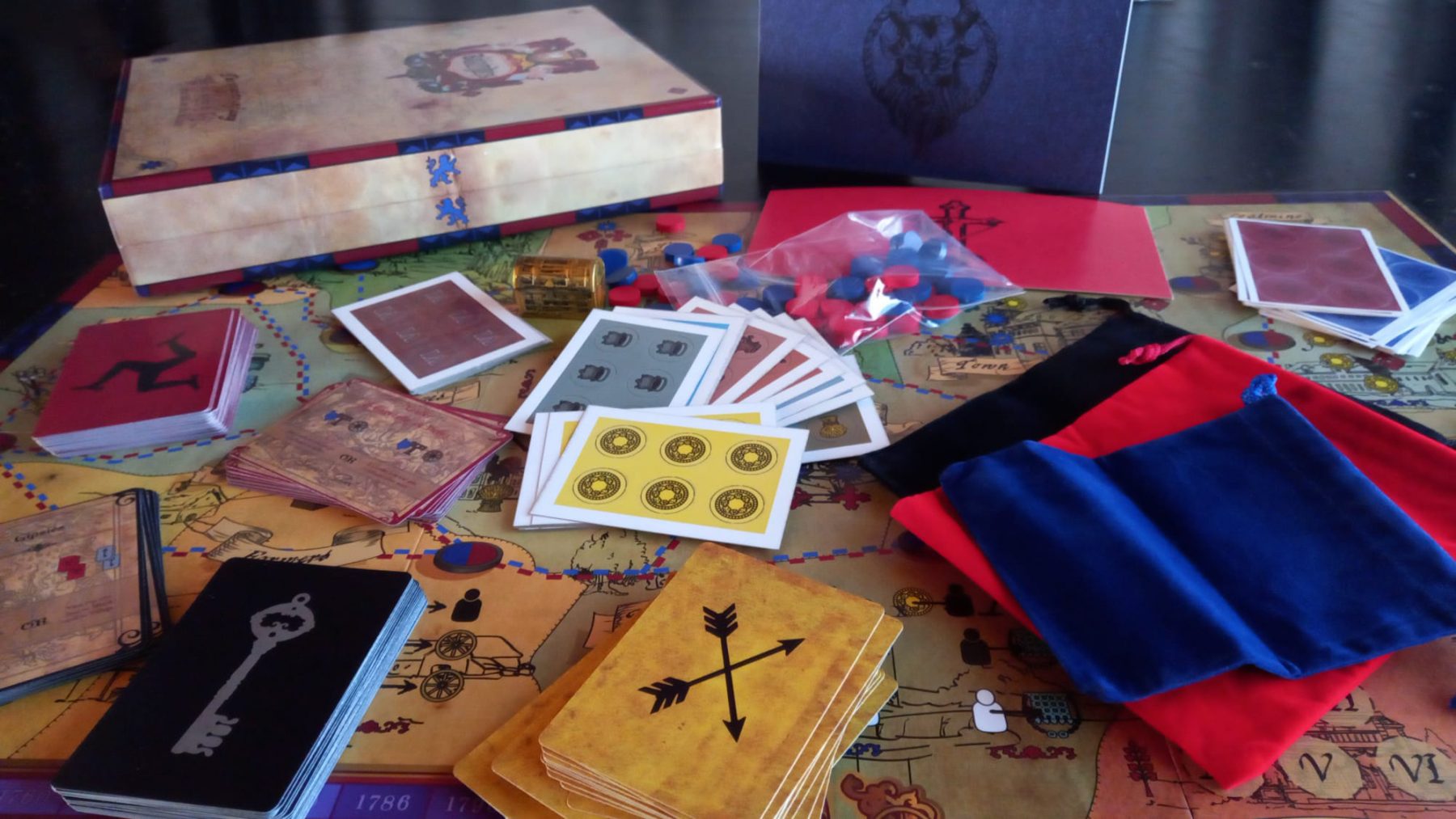 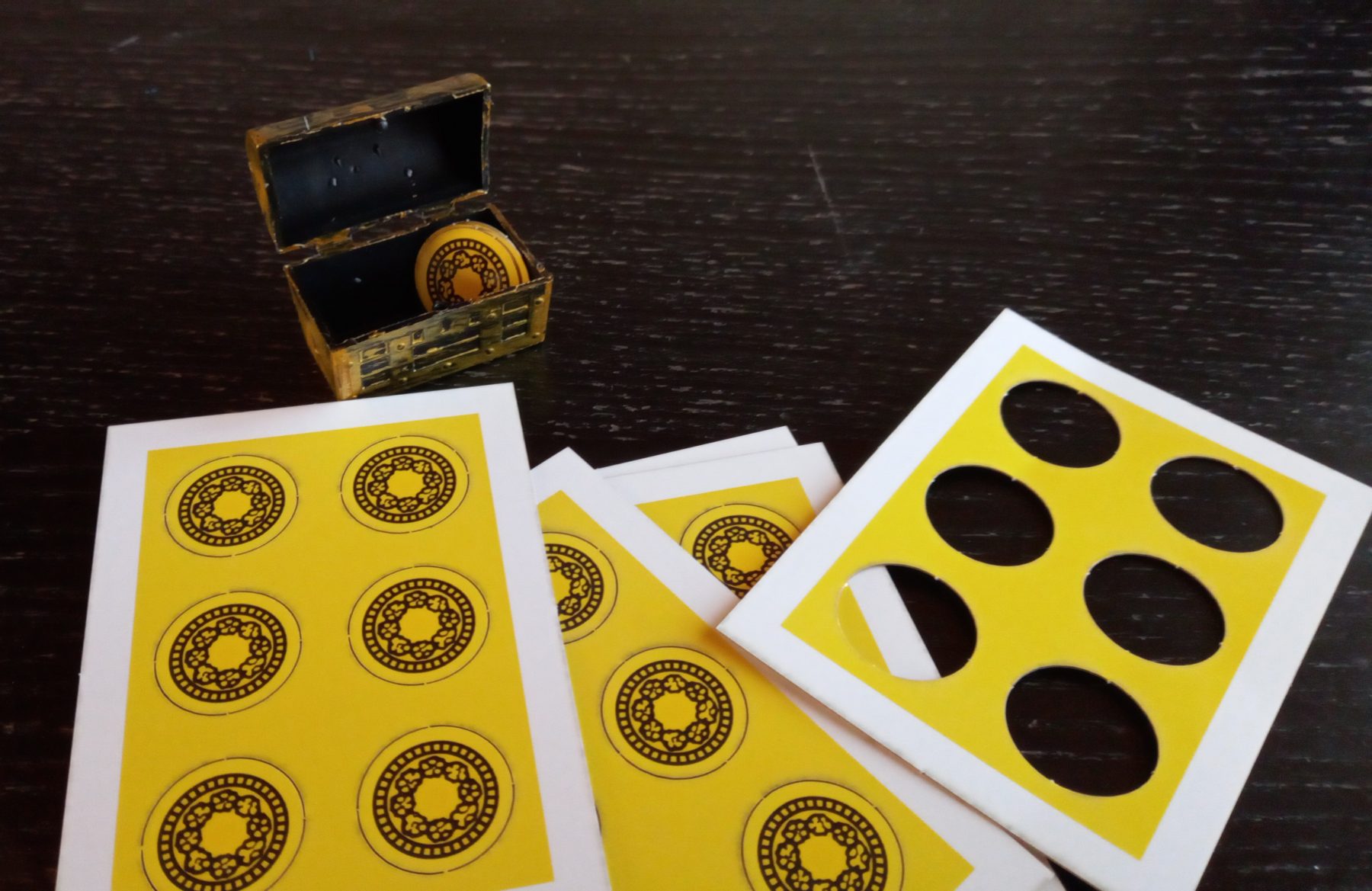 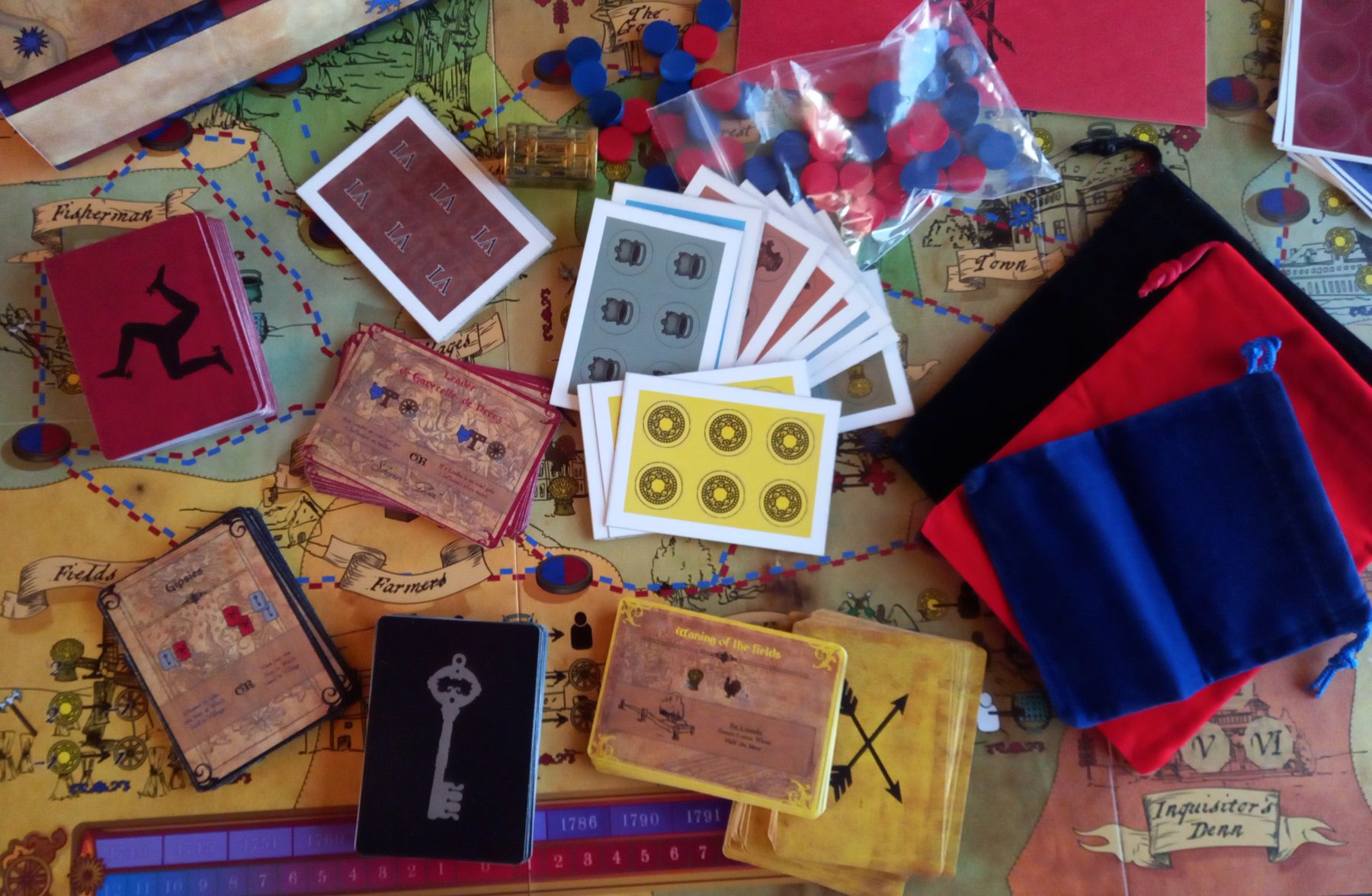 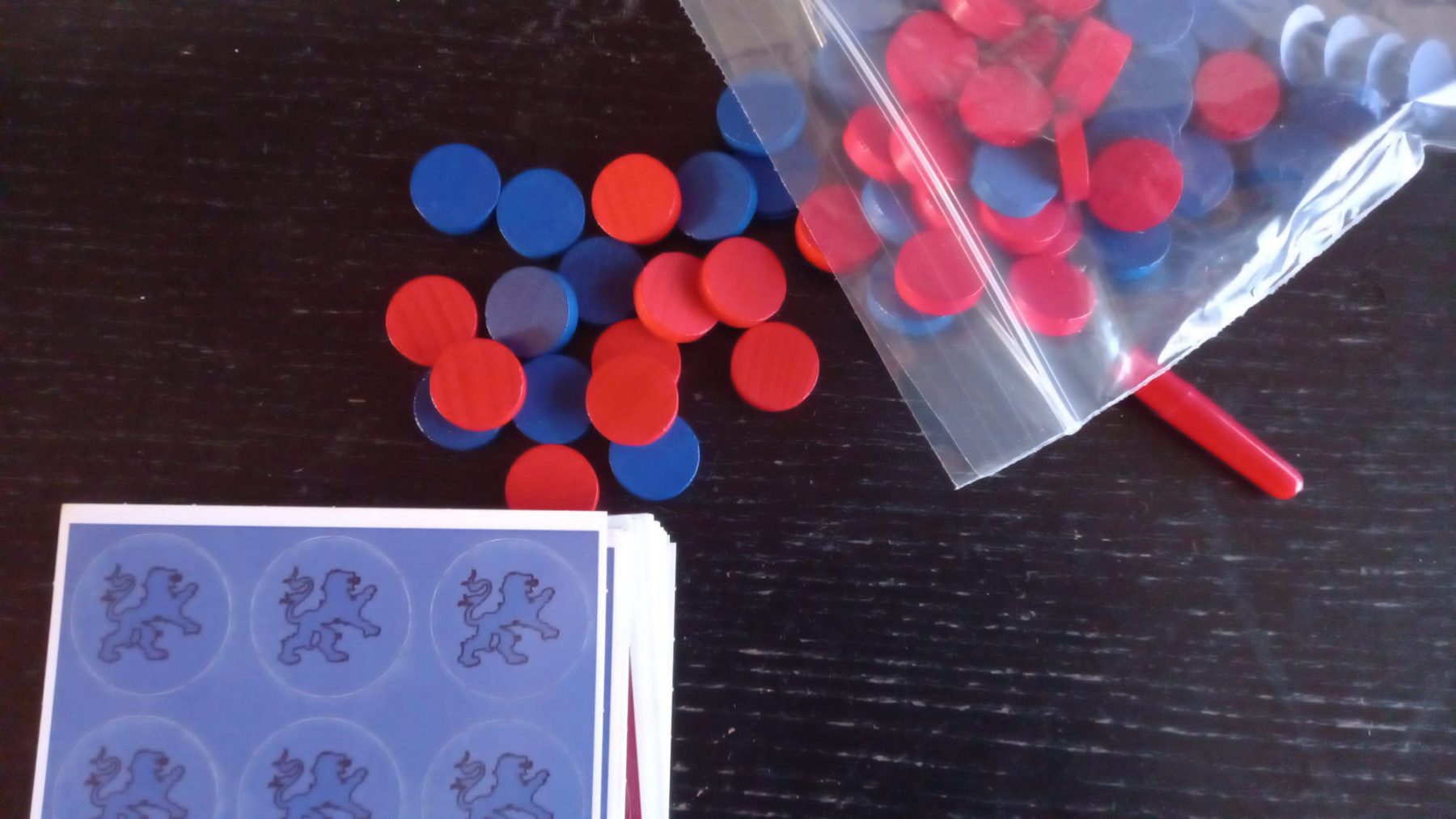 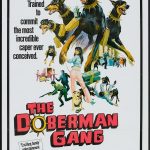 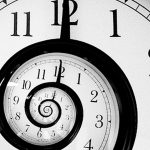