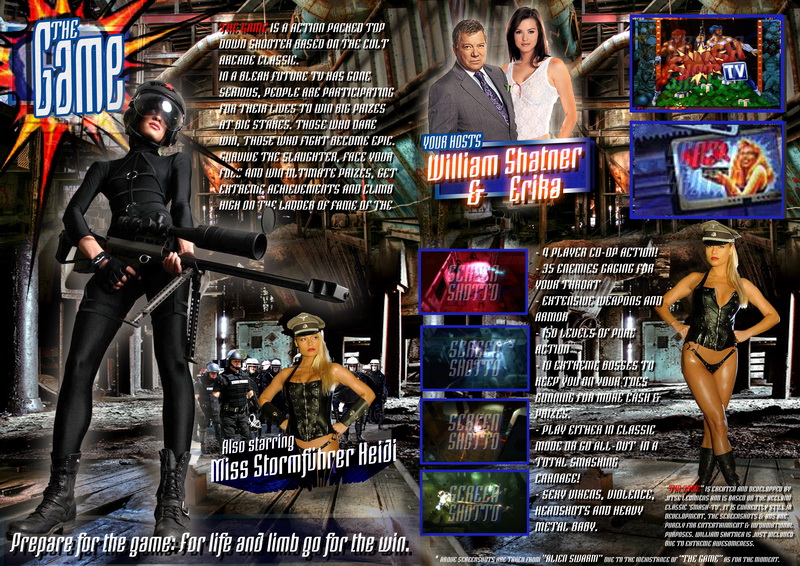 “The year is 2017. For years television has been moving boundaries in their shows.Now, as ratings plummeth, they go even one step further and reach back to a style of show that was long forgotten. Combined with the ever-popular quiz shows this show now dominates the ratings. That show is “THE GAME”. The most violent game show of all time. Lucky contestants battle for cash and prizes as they are hurled into the arena with a small arsenal of weapons. This show is broadcast live in front of a studio audience and is sent in an uncensored and unedited way across the world. Be warned! You are the next lucky contestant.”

The Game is a remake of the arcade classic SmashTV. You are a contestant in the most popular gameshow of the new decade. A game of life and death where you can win everything or lose it all. It as online multiplayer for up to xx players and a singleplayer campaign. The goal of the game is to cash in as many prizes as possible while surviving a almost continues stream of enemies.

The Game has hundreds of rooms filled with traps and obstacles which require either a certain amount of enemies slain or suriving a certain amount of time. Certain rooms require you to solve a puzzle but these are in the minority. Each room has one exit in each wind-direction which brings you to a new room. The new room will always be random.

Weapons are mostly guns and refiles but also has grenades, mines and other more exotic weapons. There are pickups in the form of power ups, bonusses and others. Prizes consist of money and presents which can contain TV’s, DVD’s and other luxery items. These items are added together into the score. There are also rare items and weapons which can be found.

The game with will be multiplayer and/or co-op. Players will either start in the same or in a different room. 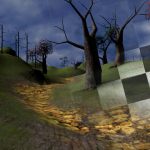